According to the Anxiety and Depression Association of America, anxiety affects more than 40 million adults in the United States. The World Health Organization (WHO) states that anxiety is the sixth leading cause of disability in the world. Anxiety includes mental health conditions such as generalized anxiety disorder, PTSD, social anxiety disorder, and panic disorder, among other anxiety issues.

In 2018, the United States government legalized the use of CBD. CBD oil is extracted from the hemp plant. Unlike marijuana, hemp contains little or no THC, the ingredient in marijuana that produces the feeling of being high. CDB contains less than 0.3% THC, which is under the legal limit.

People who suffer from a wide variety of conditions use CBD to lessen and control their symptoms. One area of promising study is how CBD may help with anxiety.

Over 30 animal studies have been world-wide to help scientists understand how and why CBD affects the brain and may help anxiety. Animal model studies allow scientists to look at the parts of the brain and body affected by CBD and how this correlates to decreasing anxiety.

CBD has been shown to affect serotonin receptors in the brain. Serotonin is a chemical neuroreceptor that helps control mood, anxiety, and depression. In humans, the endocannabinoid system helps regulate the chemical balance of basic processes like sleep, mood, appetite, immune function, and metabolism. CBD affects receptors within the endocannabinoid system that signal the nervous system to maintain these processes at balanced levels.

The positive results of animal model studies have prompted scientists to begin testing the effects of CBD in humans. Recent studies have found that CBD shows a wide range of effects such as decreasing fear, reducing panic, reducing compulsive behavior, helping to extinguish persistent fear memories. While more studies are needed, the current results are promising.

A recent case study looked at the effect of CBD on anxiety and sleep. Nearly 80% of participants reported a decrease in their anxiety after both one and two months of treatment. Another study of CBD for people with PTSD showed participants have reduced insomnia and improved fear modulation. This study concluded that CBD served as an effective antidepressant and anti-anxiety treatment.

Along with scientific studies, there are multiple reports of people benefitting from CBD use for anxiety. Since becoming legal, CBD is widely available in the United States. According to the New York Times, 60% of people surveyed use CBD to help with their anxiety.

One of the benefits of CBD is the limited side effects noted when compared to other medical drug treatments. The most common side effects reported are:

Studies suggest there may be a risk of liver toxicity when CBD is used for some medication conditions. Another consideration is how CBD affects the way the body metabolizes certain other medications. Some medications carry a “grapefruit warning,” cautioning people not to consume grapefruit or grapefruit juice while taking those medications.

Grapefruit blocks an enzyme that helps the body metabolize particular medications, raising the level of the medication in the blood and body above the recommended levels. CBD is thought to have a similar effect. People who want to use or are using CBD should consult with their doctor to discuss these risks.

Animal and human studies show that CBD can help with anxiety. More research is needed to understand all the benefits and side effects.

We highly recommend & encourage you to spend some time exploring CBD Oil as an option to help you. The most reputable CBD Oil companies will provide a lot of helpful educational information in reference to their products. Check out websites like Being Hemp to learn key terms, FAQs and other pertinent CBD facts to better understand how it can benefit your health. 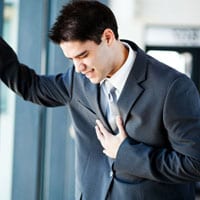 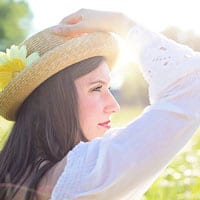