Triggers and Causes of Panic Attacks

Here are the common triggers and causes of panic attacks:

Phobia – People who are exposed to certain situation or objects they are afraid of will often experience a panic attack.

Passiveness – Many think that excessive politeness, shyness, and respectfulness are a positive thing and it is normal for someone to possess these characteristics. Be that as it may, a growing number of evidence supports the idea that passiveness as a result of fear (sometimes unexplained), low self-esteem and self-confidence is consistent with a person experiencing episodes of panic attack.

Hyperventilation Syndrome – Mouth breathing and over-breathing or exhaling more carbon dioxide with respect to the amount of oxygen in the bloodstream can result to symptoms including dizziness, lightheadedness, and rapid heartbeat. These symptoms, in turn trigger panic attacks.

Medications – There are certain drugs such as fluoroquinolone type antibiotics and Ritalin (methylphenidate) with panic attacks listed as a side effect. Attacks may be temporary, usually occurring when a patient begins medication but may continue occurring even if the patient is already accustomed to the drug. When this happens, change of dosage or type of drug is usually warranted. Selective Serotonin Reuptake Inhibitors or SSRIs boost the level of serotonin in the brain which regulates and normalizes emotions. However, intake of SSRIs can increase anxiety at the beginning of use. Panic attacks may even be more frequent to patients who wean on and off the medications

Heredity – Children, whose parents have been found to suffer from panic disorder, are likely to experience or have panic attacks as well. In other words, inheritance plays an important role in determining who gets it. However, people with no family history can still develop panic disorder.

Environment factors and upbringing – People who grew up overly cautious about their life and actions, and those who live in a very stressful environment, plus different traumatic experiences from the past are likely to have panic attacks.

Take note that these triggers and causes may have different effects to different people. One may only need one trigger to have an episode of panic attacks. Others may require several triggers in order to break down. Also, by simply being exposed to any of these triggers do not automatically result to panic attacks because some are emotionally stronger than others.

It is also important to note that some symptoms of panic attacks may also be a sign of other medical condition. Hence, it is important to precisely pinpoint the cause of the symptoms in order know what type of treatment is necessary. 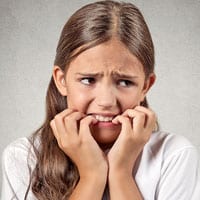 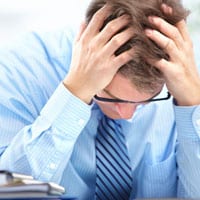